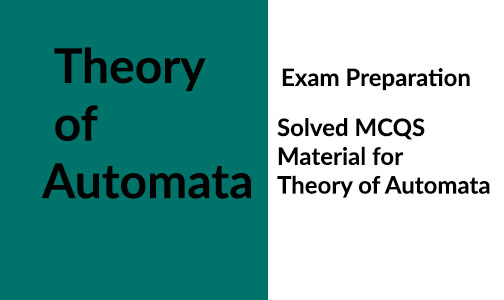 (a)the symbols used have well-defined meaning  (b) they are unnecessary, in reality (c) only the form of the string of symbols is significant  (d)none of these

2:Let A={0,1}. The number of possible strings of length “n” that can be formed by the element of the set A is

(a)Moore and mealy machines are FSM with output capability.

(b) any given Moore machines has an equivalent Mealy machine .

(c)any give mealy machine has an equivalent Moore Machine .

(d) Moore machine is not an FSM.

4: the major difference between a Moore and a Mealy Machine is that

(a)A mealy machine generates no language as such.

(b)A moore machine generates no language as much

8:pumping lemma is generally use for proving

(a)a given grammar is regular

(b)a   given grammar is not regular

9:which of the following are not regular ?

(a)string of 0 is wholes length is perfect square.

(b)set of all palindromes made up of 0 and s.

(c)string of 0 is whose length is prime number .

(d)string of odd number of zeroes

10:which of the following pairs of regular expressions are equivalent ?

The logic of pumping lemma is good example of

13:the basic limitation of an FSM is that

(b)it sometimes recognized grammar that are not regular

(c)it sometimes fails to recognized grammars that are regular

(d)all of the above

14:palindromes can’t be recognized by any FSM because

16:TM is more powerful than FSM because

(c)it has the capability to remember arbitrary long sequence of input symbols.

20:the language of all words (made up of a’s and b’s)with at least two a’s can be describe by the regular expression

21:which of the following pairs of regular expression are not equivalent ?

23:set of regular language over a given alphabets set, is not closed under

25:forwich of the following application regular expressions can’t be used?

27:any given transition graph has an equivalent

(a)all image can be generated by cfg

(b) any regular language has an equivalent cfg

(d) some regular language can’t be generated by any cfg

34: which of the following cfg can’t be simulated by an FSM?

35:CFG is not closed under

(D) none of the above

(d)context free but whose complement is not CF

39:The intersection of a CFL and a regular language

40:A PDM behave like a FSM when the number of auxiliary memory is memory it has is

41: a EDM behave like a TM when the number of auxiliary memory it has is

43: which of the following is accepted by NDSDM but not by a DPDM?

44:CFG can be recognized by a

47: Bounded minimalization is a technique for

48: which of the following is not primitive recursive but come but computable (a)carnot function (b)Riemann function (C) bounded function (d) Ackermann function

49: which of the following is not primitive

51: a language L for which there exist a TM,T, that accept every world in L and  either reject or loops for every that is not in L is said to be

53: use the correct statement

55: The number of internal state of ATM should be at least

56: the number of the symbol necessary to simulate TM  with m symbols and n statement is

57: any TM with m symbol and n state can be simulated by any other TM with just 2 symbol and less than

59: if there exist a TM which when applied to any problem in the class terminated if the correct answer is yes and may or may not terminate otherwise is said to be

64: choose the correct statement a class of language that is closed under

70: an fsm can be used to add two given integer,this remarks  is

71: A CFG is said to be in chomsky normal form (cfg) if all the production of the form X the number of production to be used is 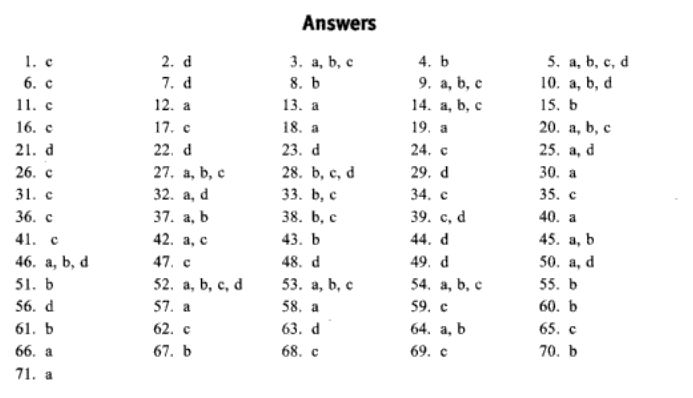