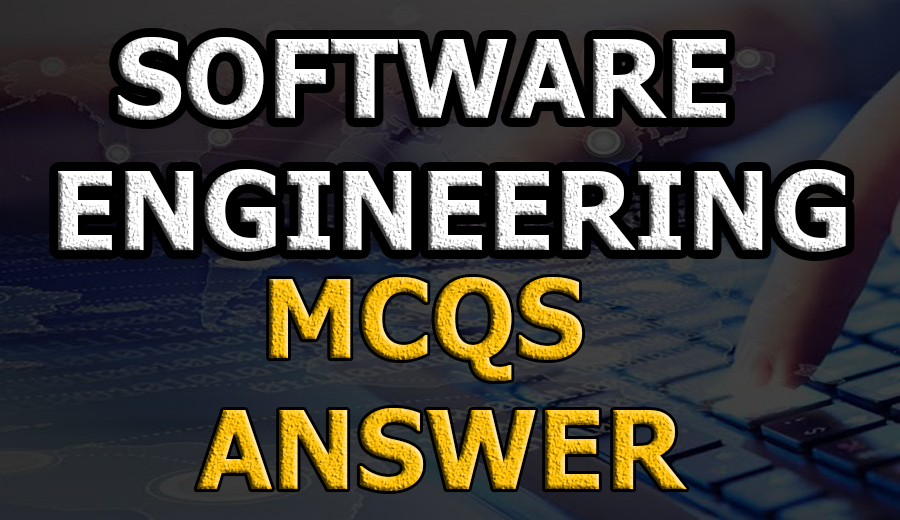 These multiple-choice questions related to computer science. These Mcqs are given from the book which will helps  to prepare you for the test and learn basic knowledge about Software Engineering

2. A good specification should be

3. Which of the following is a tool in design phase?

(d) None of the above

4. Information hiding is to hide from user, details

(a) that are relevant to him

(b) that arc not relevant to him

(c) that may be maliciously handled by him

(d) that are confidential

5. Which of the following comments about object oriented design of software, is not true?

(a) Objects inherit the properties of the class

(b) Classes are defined based on the attributes of objects

(c) An object can belong to two classes

(a) data architectural and procedural designs only

(b) architectural, procedural and interface designs only

(d) data, architectural, interface and procedural designs The next 5 questions are based on the information furnished below.

7. To completely write the program in FORTRAN and rewrite the 1% code in assembly lan-guage. if a project team needs 13 days. the team consists of

(d) it does not perform better

12. Data structure suitable for the application is discussed in

13. Design phase will usually be

14. Assertions are conditions which are true at the point of execution

15. Assuming the existence of a start and end nodes for a program graph. the total number of paths is equivalent to the   set of test data required to test the software.

17. If x is a case statement in a Program Graph with n cases instead of an if – then -else statement in the previous question with each case leading to only one path to end node. total number of paths through X is

19. Which of the following is a desirable property of a module?

20. Which of the following types of maintenance takes the maximum chunk of the total mainte-nance effort in a typical life cycle of a software product?

21. An important aspect in coding is

(c) to use as small a memory space as possible

22. One way to improve readability in coding is to

(b) name variables and functions according to their use

23. The data flow model of an application mainly shows

(a) the underlying data and the relationship among them

(b) processing requirements and the flow of data

25. The extent to which the software can continue to operate correctly despite the introduction of invalid input is called as

26. If the number of conditions in a decision table is n, the maximum number of rules (columns) passible is

37. Which of the following software engineering concept does Ada language suppon?

(d) None of the above

38. In unit testing of a module. it is found that for a set of test data. at the maximum 9016 of the code alone were tested with the probability of success 0.9. The reliability of the module is

39. Which of the following testing methods is normally used as the acceptance test for a software system?

40. A computer program can often be a very satisfactory of a physical system such as road traffic conditions.

42. On an average, the programmer months is given by 3.6 x (KDS1)1.2. If so. a project requiring one thousand source instructions will require

43. Software testing techniques are most effective if applied immediately after

44. Consider the following code for finding the factorial of a given positive integer.

For which values of N. the above FORTRAN code doesn’t work?

45. For the above code, using symbolic execution, after the iteration with N = 5, I FACT is

46. Which of the following is not an assertion?

48.The program volume of a source code that has 10 operators including 6 unique °person. and 6 operant including 2 unique operands is

49. To increase reliability, fault tolerance is included in the system in the fonn of multiple modules. If the problem can be solved by 5 different modules, each with probability of success 0.7. the probability that it can be solved even if 4 modules fail is approximately

50. In object-oriented design of software, objects have

(a) attributes and name only