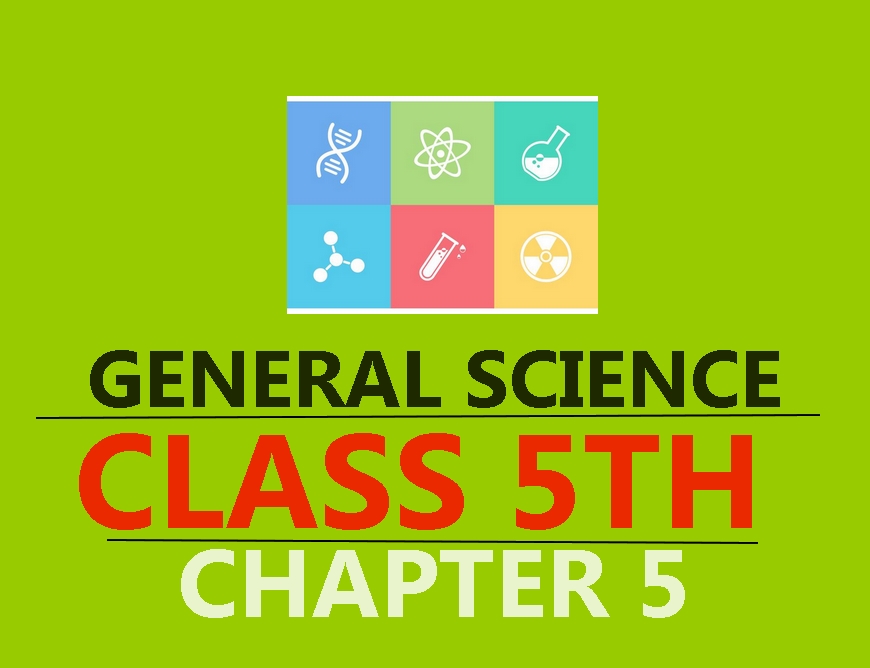 Ans: Anything which occupies space and has mass is called matter.

Q.2: Name the process involved in converting solid into liquid and liquid to gas?

Q.3: What is boiling point?

Ans: The temperature at which liquid starts boiling is called boiling point.

Q.4: What is melting point?

Ans: The temperature at which solid starts melting is called melting point.

Q.1: How solids, Liquids and gases are different from one another?

Ans: Solid: A solid has a fixed shape and volume.

Liquid: A liquid has no fixed shape but it has a fixed volume.

Gas: A gas has neither fixed shape nor a fixed volume.

Q.2: What is water cycle? Is it necessary for life of Plants and animals?

Ans: The water of oceans, seas, rivers, lakes and streams evaporates continuously into the air. Then this vapors of water converts into clouds and fall to the ground as rain. This whole process is called water cycle. Water cycle is necessary for plants and animals because through water cycle, water reach to every part of the earth.

Q.3: What is the effect of heat on matter? Show this effect through an experiment?

Ans: Heat can change the state of matter i.e. through heat we can convert a solid to liquid and a liquid to gas and vice versa.

Experiment: When a solid is heated, its particles get more energy and vibrate more vigorously. In last the particles displace from their position and solid changes into a liquid.

Q.4: Write five examples of each state of matter?

Q.5: What is the difference between condensation and evaporation?

Ans:    Evaporation: It is the process through which a liquid change into gas.

Condensation: It is the process through which a gas changes into liquid.