How Many Programming Languages 2020

There are literally hundreds of languages of which 5 of the most popular are described below. But before we get into that, it’s important to understand how a language works and interacts with a computer.

Ultimately, a computer only understands a language called Machine Language, which is made up of only a bunch of 1s (ones) and 0s (zeros). If you physically open up a computer, you’d see an array of computer chips and a highway of tiny wires between them: 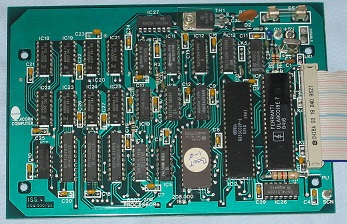 At any one time, some of these wires have a very small electrical current running through them while others do not. A machine language instruction would tell the computer which of the wires to turn on (1) and which ones to turn off (0). So if you had 4 parallel wires and wanted only every other wire turned on, the machine language instruction would be something like “1010” as follows: 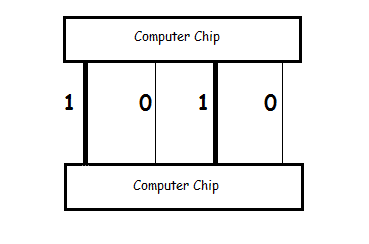 Different combinations of these 1s and 0s tell the computer to do different things. In reality, as you can see in the above circuit board picture, computer chips have many more wires to them. So it would be quite laborious to program in 1s and 0s. Besides, programming in machine language would look something like this:

Not very understandable is it? And definitely not fun!

As you can see, this is much more understandable to the human. But how does the computer understand this?

In a very simple sense, once you write your program, you run it through one of these compilers and out pops an executable – a computer program that executes your instructions.

Some programming environments don’t use a compiler per se. They use a built-in interpreter. An interpreter compiles one line of code then executes it, then compiles another line and executes it, one by one in sequence. You don’t see this occurring. You just execute your program and this is all done “in the background”.

A procedural programming language is a language that enables a programmer to segment their program into blocks of code called subroutines, functions or procedures. Each of these routines has a particular task such as “multiply two numbers”. The main program body makes “calls” to these routines in order to efficiently achieve its overall task. The code is segmented in this way as there may be multiple times where the main program body may need to multiply two numbers. One would not rewrite the multiply-two-numbers code each time it’s to be used. Rather just call the multiply-two-numbers routine when needed.