Why is the Cloud’s future secured | Cloud System 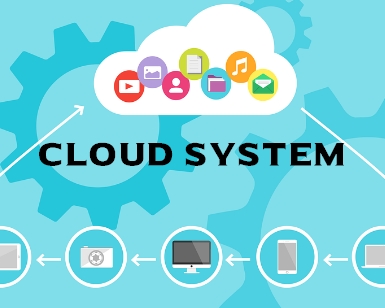 Cloud computing allows you to access all your applications and documents from any place in the world and from any PC, thus freeing you from the confinement of one single desktop computer – everything resides in the “cloud” (a system of servers and computers) and is accessible via the Internet.

Cloud computing merely takes the concept of web applications replacing desktop applications one step further. However cloud computing is not the best (or even agreeable) solution for everybody and comes with a lot of cons. Still cloud computing has a lot of pros which attract a vast number of users and businesses and thus secure its future. Let’s review the most significant ones:

Lower price for computing resources: No need to have a high-performance computer to run your applications. Apps run in the cloud, thus removing the need of the disk space and processing power demanded by the desktop applications. Basically all you need is a PC that can run the client application used to access the cloud.

A performance boost: Computers in the cloud run fewer processes and are kept neat and tidy by the cloud’s administrators.

Cheaper software: A lot of the software you’ll need has a free alternative in the cloud. No need to pay for functionality that can be obtained for free.

Compatibility within the cloud: Documents created in a given cloud system can be read (most of the times) by any other user of the cloud system.

Nearly limitless capacity: Clouds have storages of the order of hundreds of petabytes (1 petabyte is 1 048 576 gigabytes). Makes your 1 terabyte hard disk sound ridiculous, doesn’t it?

Data reliability: Cloud storages have increased data reliability through the use of Redundant Arrays of Independent Disks (RAID).

Access from everywhere: Want to work from home? All you need is a computer and an Internet connection to do that.

No need for synchronization: If you often find yourself questioning where is the latest version of a document – you home computer, your office computer or you flash drive, you’ll like this aspect. Everything is in the cloud.